So this year the LA Marathon happened on St. Patrick's Day. At 4am 5 hardy skaters gathered with 2500 cyclists under the watchful glow of Tang's Donuts. Before the sun came up they braved whip-stopping fixie kids, drunken hipsters on wandering cruisers and brake-jamming spandex-covered ultralight gram-counters for 28 miles, blistering pavement, pride and feet. Met with the usual mumbled derision and snickering they smilingly provided all the pat answers (in honor of the Irish St. whose day this is) to the predictable questions; "Yes in fact I do intend to skate the whole thing on my inline skates, my good fellow," and "Yeah, we'll be waiting on you at the finish line, pal."

David (the Terminator), Ryan, Agoura Joel, and Lila joined yours truly at the start, and we enjoyed the kind of refreshing repartee that one only finds while standing in the middle of Sunset Blvd. at 4am on a Sunday morning. It was generally agreed we'd meet up at the finish, and since there were no port-a-potties or anything to distract us, we just fidgeted nervously until a roar rolled back from the front of the pack back to where we were nattering on. 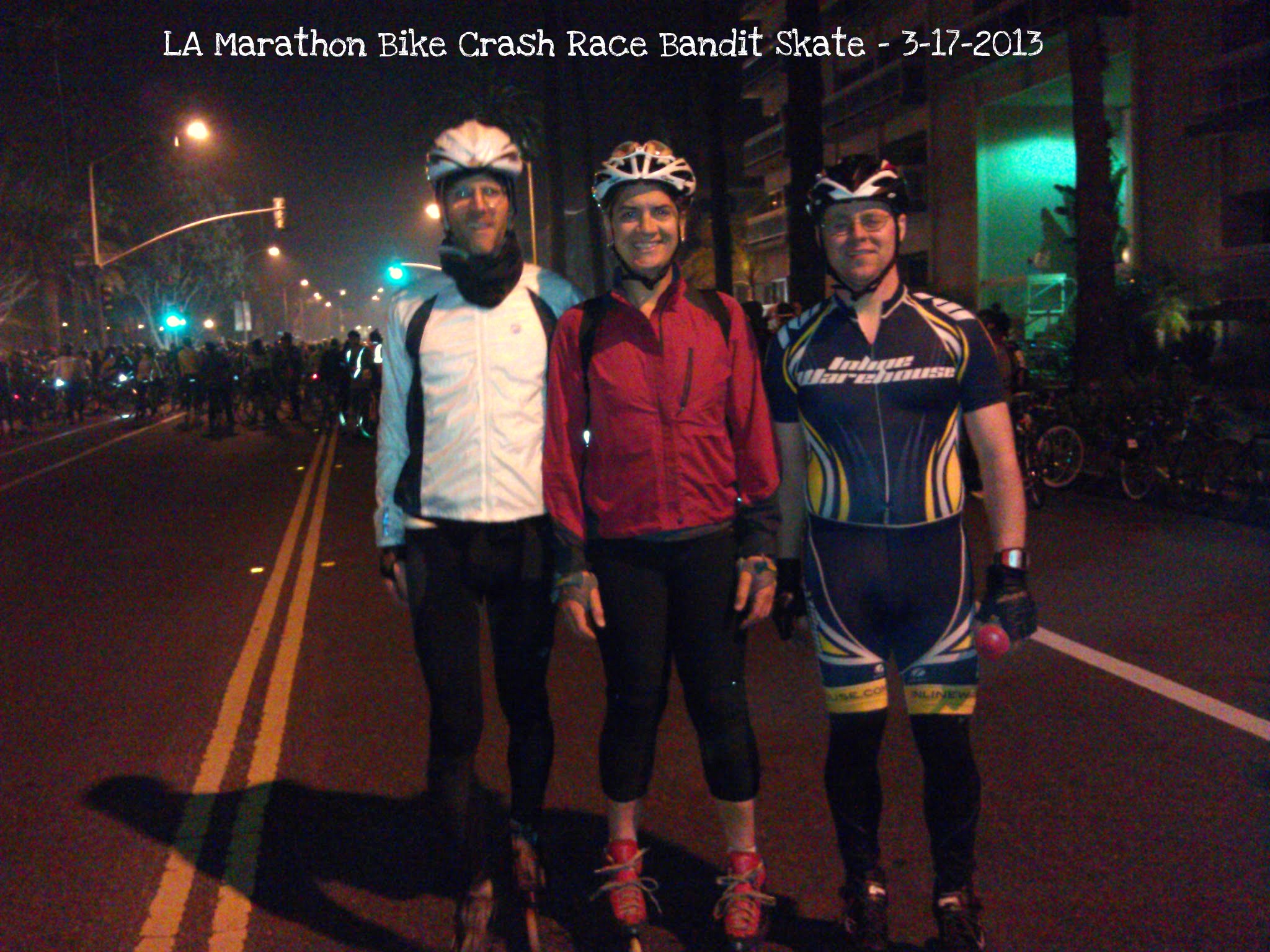 It was 4:30am sharp when the start lit out as promised; we ambled through about 2 miles of warmup until the race began in earnest at Park Ave near Echo Park Lake. Ryan got froggy and disappeared into the pack before then and wasn't seen again until the finish line. David and I hit the gas and capped the first hill in a full sprint, breaking well past 30mph before we got to the freeway bridge at the bottom of the other side. The turn onto Broadway from Ceasar Chavez was hairy but not lethal and we zig-zagged through the well-familiar downtown area we know and love so well.

The first steep hill at 1st and Hill was too early in spite of being 3 miles into the race. It hit hard like cold pavement, sapping the will to live with each double-tough, slow-motion stroke. The suffering was soon rewarded with a left hook into a screaming run down Temple, but the climb up Temple to Edgeware soon took up where 1st Street had left off. Fortunately that was the last incline over 5% for the next 15 miles, and I caught up to David at Glendale Blvd.. 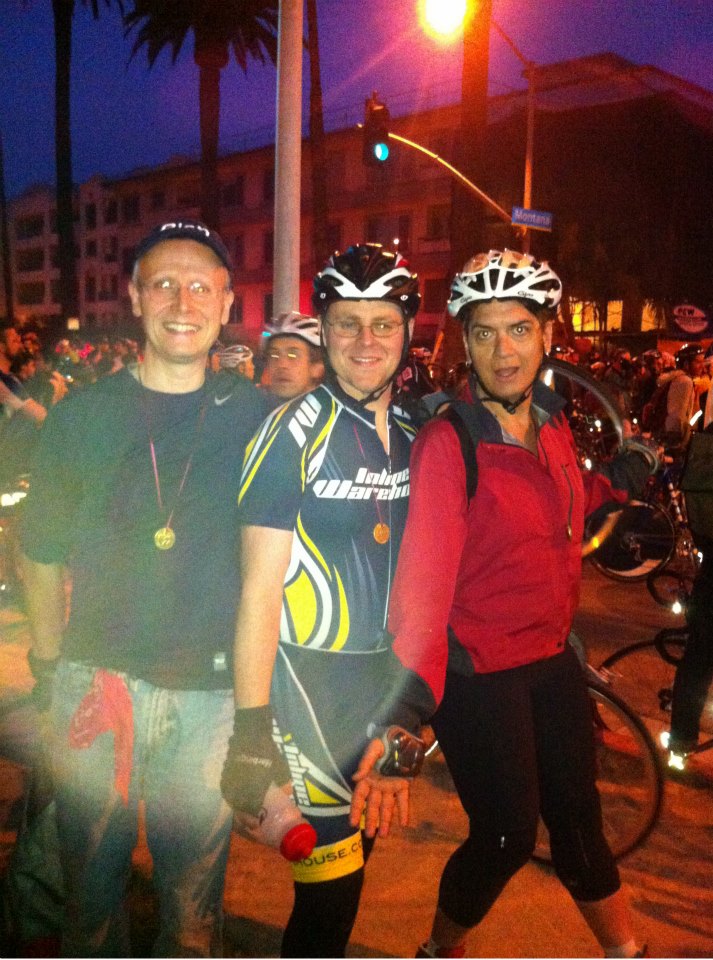 The usual cries of "Rollerbladers. rollerbladers!" turned to salutations of respect soon after we hit Sunset again. Kickin' it at full-on hammer across Hollywood and then back onto Sunset was a full-on skater chubby. Passing cyclists like they were at the gym and pacing in a tight, two-skater pack we hardly passed anyone who didn't have something to say, from the somewhat eloquent ("You guys are really syncronized, that's awesome to watch!") to the less so ("You're SIIIIIIIIIIIIIIIIIIIIICK!!!!).

We left a lot of urethane on Hollywood Way but they did have hay bales at the bottom this year, making bravery a tad less stupid. After that WeHo was gone in a blink, Rodeo in a scream, two more turns and we were out of town and Beverly Hills was over like a dream.

Before long we were back in familiar territory hammering San Vincente to 26th like it was 2004 and flogging the downhill side like an ol' bitey mule. I let out a rebel hoot at the finish line and was responded to in kind by the sweated mass already there, gathered and bubbling around the finish.  It was still fully dark out, and we milled around in the pre-dawn watching folks finish for a while.

AJ rolled in around 1:45, and Ryan gave us all a ride back downtown to the car @ Tang's, but not before we slayed a whole baryard full of critters and stove-top baked goods at a local Denny's.

After that we all went home, 'cause that's where we live.