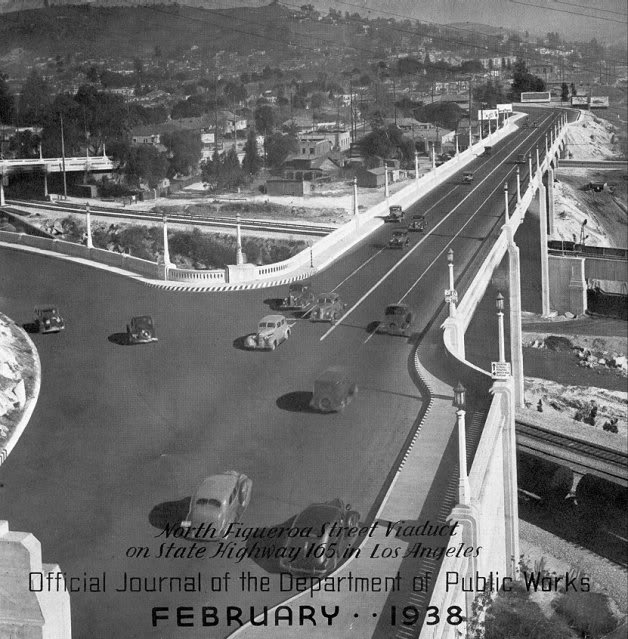 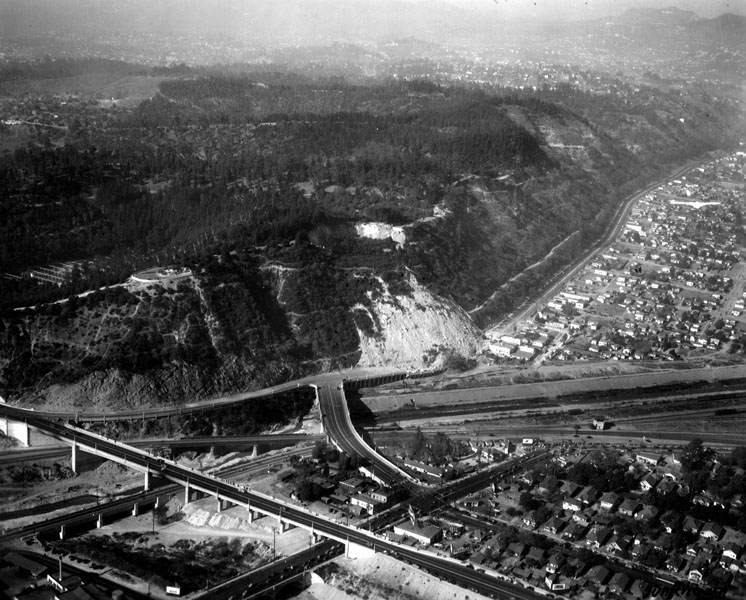 This week's skate started off southbound, but after we turned back to the meetup to gather up some late arrivals we turned north instead. It wasn't pleasant, climbing the stairs on Ave. 20. There was a dirty man with a dirty bicycle coming down the stairs when we wanted to go up, and there was fresh garbage at the bottom of the stair. I had been by just hours earlier and the trash wasn't there but... being fresh didn't really make it better.

Undaunted by the fresh refuse however, we continued up to the "Pedestrian Facilities". The "sidewalk" which connects across Elysian Park to Chinatown alongside the roadway formerly known as the 110 Freeway is an epic LA adventure. It isn't really life threatening, but it sure seems like it could be when you're there. It was loud and dark and at least a little scary. 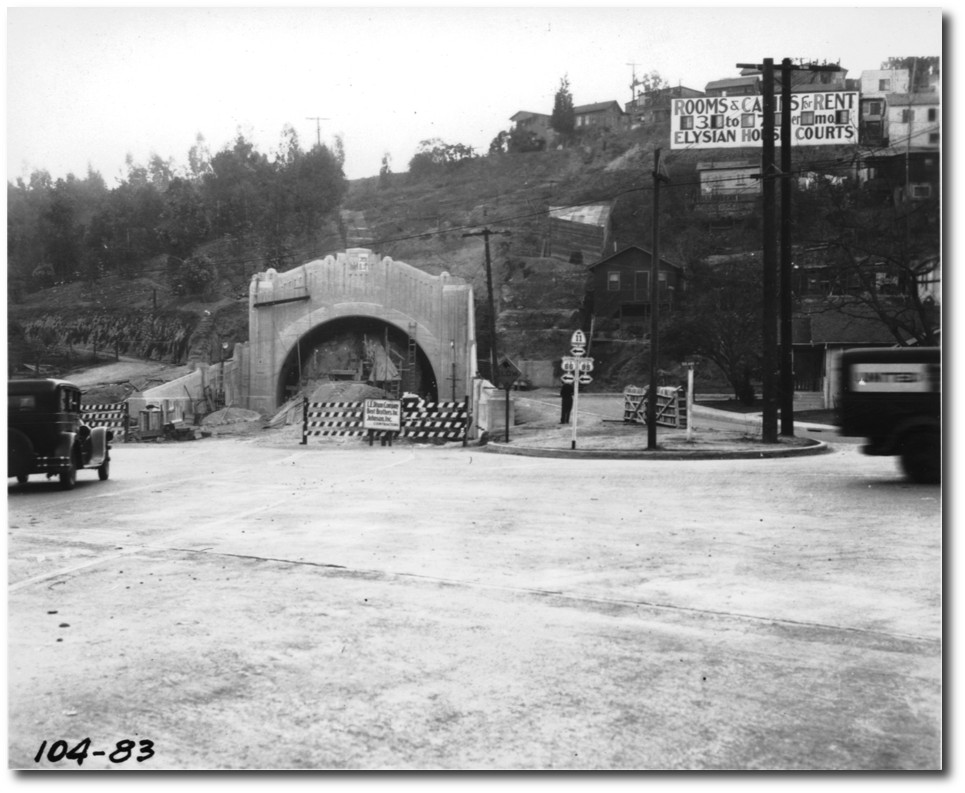 It's hard not to think about getting crushed in a horrific mishap brought on by simply climbing the spiral staircase stuck right in the corner of the 110-N exit to the I-5. It leads from the 1938 sidewalk along the original Arroyo Seco Parkway bridge to the fenced-in bum-trap built along the 1948 southbound addition that brought the Arroyo Seco into the 110 Freeway and it's world famous "4-Level Interchange" with the 101. 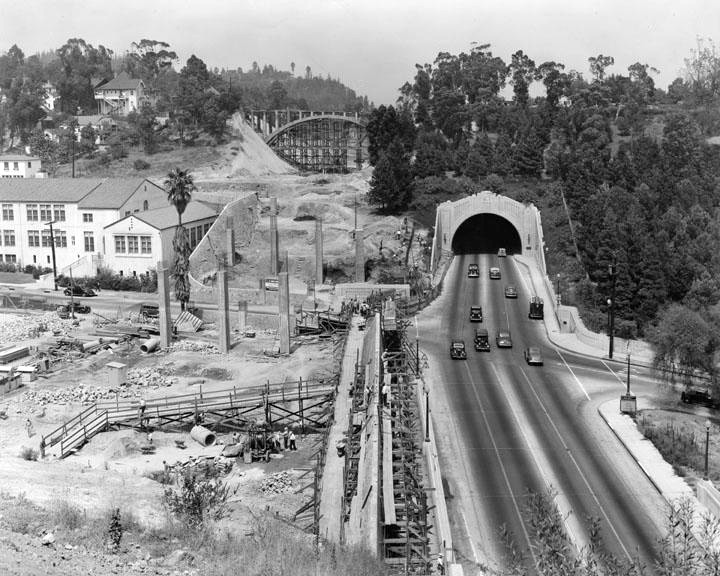 The Arroyo Seco remained a Freeway until 2010, when the CADOT decided it made more sense to lower the speed limit to 45mph and stop pretending the Parkway was a Freeway than it did to spend a bazillion dollars trying to make a real freeway where nobody wanted one... but i digress.

The four tunnels which make up the northbound lanes of the ASP through Elysian Park were built as a bypass to the congested Broadway St. Bridge, built in 1911. The first three tunnels were carefully cut through Elysian Park from Soldano St to meet up with Riverside Boulevard at the Dayton St. Bridge, now known as the Figueroa St. Bridge... for now.  Great care was taken not to disturb the park, which was something of a jewel in the eyes of many at the time. By the late 40's when construction began on the southbound side of the freeway, aestheic concerns were given a back seat, and a huge swath was cut through the park. 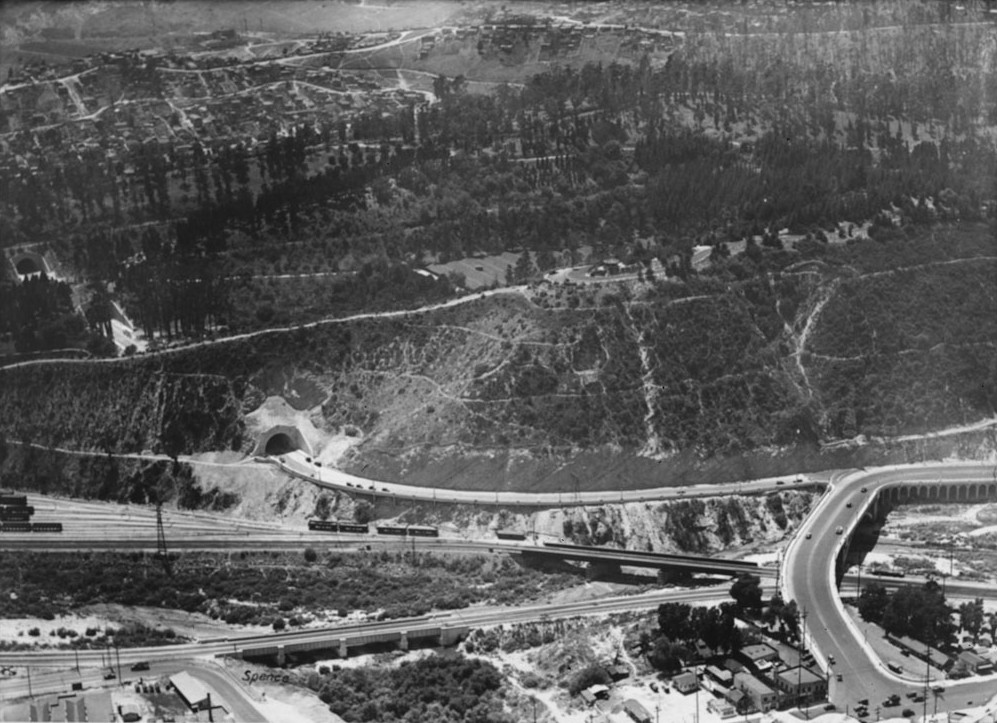 The Fig/Dayton St. bridge is being replaced, and will be wrecked into the river by the end of 2014, so if you care about such things, best to go get an eyeful now. That roadway from the tunnel to the Dayton St. Bridge is now the NB 5 ramp, but the sidewalks are unchanged from the old photos posted on this article. It's interesting to see how all of that developed. Shortly after the first three tunnels were built work began on the tunnel from Bishops Rd. in Chinatown to Soldano, and that extended Figueroa from Downtown all the way to the river. Dayton St was subsequently renamed and Fig extended all the way to Highland Park. Within 7 years of opening the new bridge across the river was complete, and work on the southbound side was already being planned, though it wouldn't be done for another 10 years. 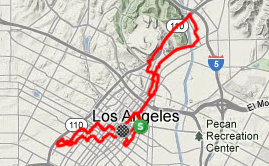 Anyway, we did that. Then we skated over to the Church of Money 'cause we do that, then we went to Rocket Pizza for Pizza and Beer

Then we went home, 'cause that's where we live.