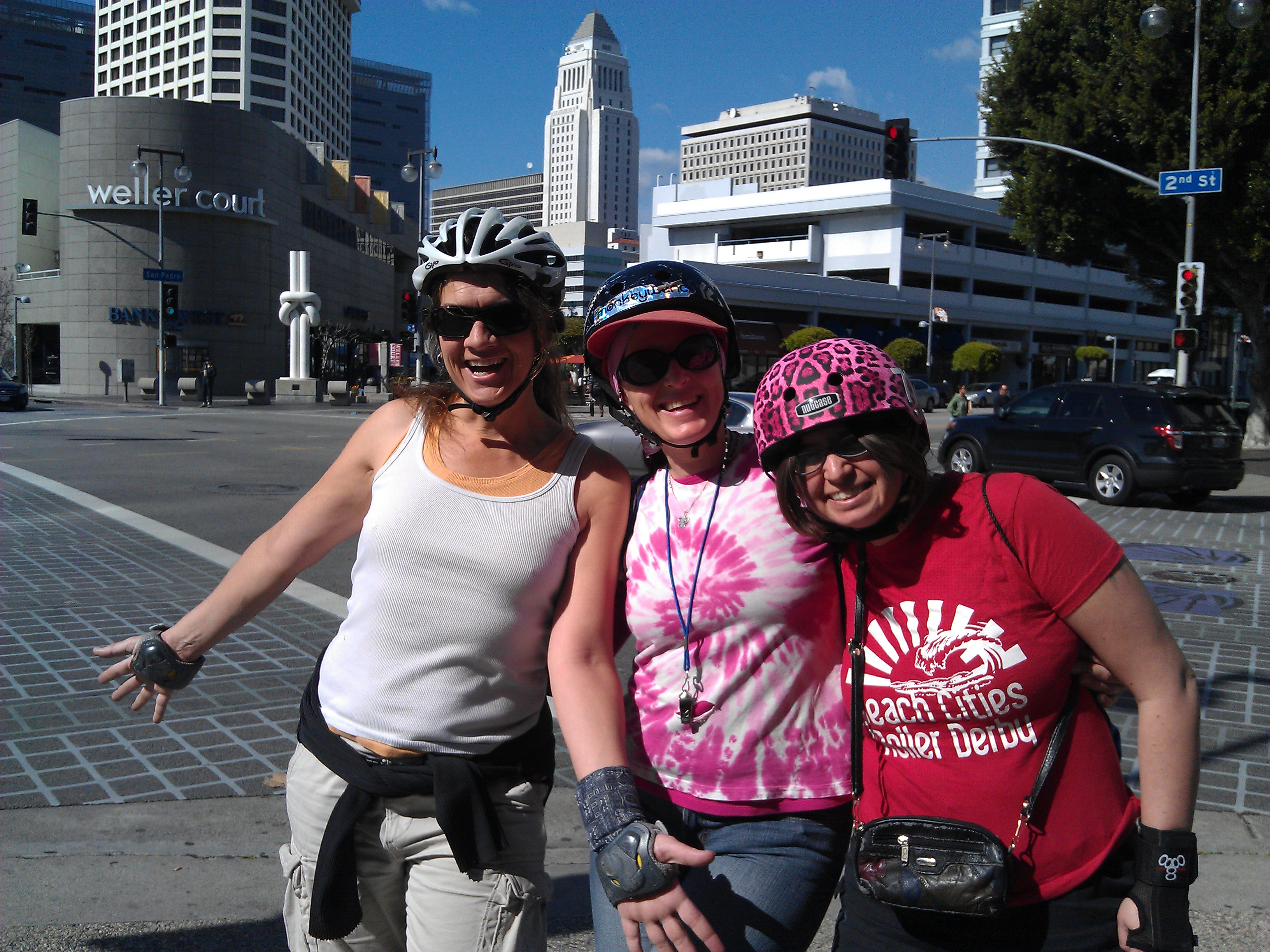 The third Sabados Segindos went off without a hitch last week, smashing previous attendance records and setting a new standard for skates that happen on the second Saturday of the month in downtown Los Angeles.

The event lasted over 4 hours if you include the collection and consumption of milkshakes (midskate) and Chinese food (apres skate). There was only one skating mishap, and less than a half a milshake was injured in that accident.

We took in the Church of Money, Terrace Park, USC and the AAA building, one of the nicer automobile related structures in Los Angeles.

The courtyard of the old building, build in 1928, contains a handful of interesting objects, including a slice of a fallen giant sequoia from Nor Cal and this image of the maps that have flown over California (so far.)

One skater bailed early, but we still took in the obligotory ride up Angel's Flight before winding it up with a quick run from Bunker Hill past the new WlaMart and down into Chinatown.

The next Segundos Sabados is April 13th, mark it on your calendar and try to join us!