We got a special treat this week, enjoying a police escort around downtown. The "National Night Out" celebration, started in the 80's as a community outreach program and supported by local law enforcement agencies. They have it every year in a differnt neighborhood, and this year it was in Chinatown.

The PoPo guided about 100 riders along a 7 mile ride around Staples, Little Tokyo and up and down Grand & Broadway.They started @ 8pm and went up Temple before turning on Grand and descending the double-black slope down to 7th St. We didn't know if they'd block enough hill to let us bomb it, so we met the group at Grand & 7th and did the rest of the ride with them. 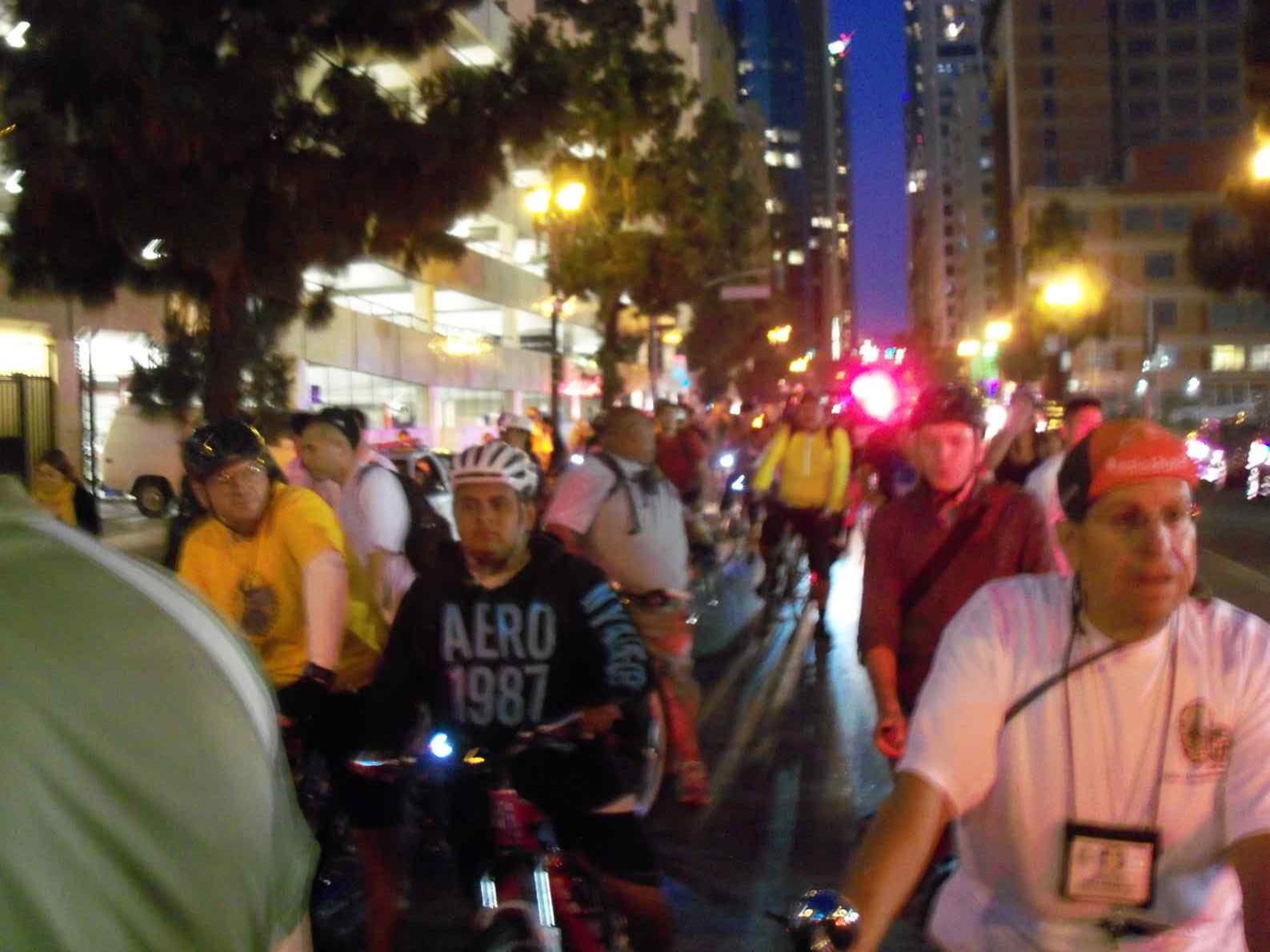 Truth be told it was kinda weak. They had 2 motorcycle officers and about 6 or 7 on bikes, but the ride was short and kinda lollygagged along for my taste. The cyclists were quite cool however, and I saw many faces i recognized from the various other rides i've attended around town.

After they wrapped up back in Chinatown, we did a sprint for the suds. The folks at Royal Claytons were cool, and we enjoyed some good drafts. Authentic English pints at authentic English prices. We bailed out of there and went to Senior Fish, but it was all loud and disco-ball-y, so "a night" was called. I managed to catch and express bus, and was home by midnight.